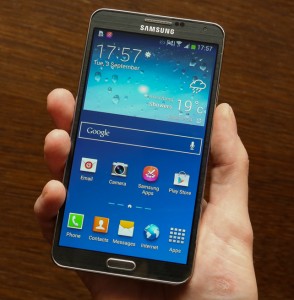 Last night Suzy and I went to Verizon to take a “class” entitled “Beginning Android”. We were almost the youngest people there — and I’m seventy — I’ve arrived at the age where I want to tell people how old I am.

If I had to rate this experience on a scale from one (worst) to any upper limit, I’d have to rate it as a one. It was a joke.

Because the people who usually teach the class failed to show up for work that day (as someone who did show up explained to us, with all due apologies), it started about fifteen minutes late. The conductor was some young buck who spoke off the cuff. He probably knew about the same amount about Android as I already have learned in a few days, especially since he happened to mention that he has an iPhone himself. He was utterly unprepared, certainly no teacher, and spent a part of the session telling us about other things we can give more of our money to Verizon to get, none of which anyone needs. Meanwhile, the audience of about a dozen people mostly drooled, checked the dryness of their Depends, and talked among themselves.

One person asked why he can’t use his tablet to make a telephone call. After all, if it’s running Android, it looks just like a phone. It’s not the most ignorant of questions, even though the answer is something akin to for the same reason you can’t use your lawn mower to drive to Cincinnati.

The class didn’t exactly end. It just sort of drifted off. I can truthfully say that there wasn’t one single thing said that a newbie shouldn’t have been able to figure out in about ten minutes, and I assume most people there had owned their phones or tablets longer than that. The instructor did talk about how to reorganize icons and put them on the Home page, something I wouldn’t recommend a person actually try until he has assembled the library of apps he’s most likely to be using frequently and has a sense of which ones are important to his own work flow.[*] Those who dared to try immediately messed up their Home pages and thereafter couldn’t find app icons they’d been used to seeing in a certain place. Thanks for that.

I’m one of the last persons to acquire a smartphone. I didn’t get a cell phone until July 2006, and used that very phone until February 12 of this year, using it only to make no more than a half dozen phone calls a month, mostly to Suzy when I was out somewhere.

But a couple of weeks ago I got us a pair of Samsung Galaxy Note 3s, pretty much the hottest phone on the planet right now. It took me a while to decide to go with Android rather than an Apple iOS product, but I’m more than happy with the decision.

The irony of the situation was that a modern phone is very much like a computer, and I’ve been involved with software since the early 1980s, most of the intervening period professionally. Today many of the people acquiring their <i>first</i> smartphones are older (meaning not young), and not a few have never touched a computer, so the whole experience of interacting with such a device, which some folks who understand about icons and files and menus and email and searching the Web with Google and the like take for granted, is totally new to them.

I wouldn’t recommend that some of the people in that class use a stylus phone because they might poke an eye out with it.

Before my phone arrived, I assembled a list of recommended apps from several knowledgeable friends, especially those who know what I will be using it for. (Yes, I do have a reason for going mobile besides just wanting to.) After first becoming acquainted with basic navigation and setting up reasonable options, I began downloading and learning apps, about thirty so far, with perhaps a dozen more to investigate before getting to the process of reorganizing the icons for efficiency.

By then I’ll be geared up for the second phase, to acquire tablets, which will also be Android based for the sake of app compatibility. Those will come in a month or two.

[*] A personal favorite Dilbert strip a few years ago showed a conversation between Dilbert (D) and the pointy-haired boss (PHB) that went like this:

PHB: I’d like you to install some apps on my new phone.
D: I’ll teach you how to do it yourself.
PHB: How many are there?
D: Two.
PHB: I want both of them.